Strange times. Schools are closed for the rest of the month (probably longer), my library is closed. It seems that we’re past the hope of containing the spread of coronavirus, and now hoping to “flatten the curve” so our healthcare system isn’t…flattened. We are staying inside (and in the backyard and driveway) except for walking the dog, and making only the necessary trips to the grocery store (and then only one of us goes). Tests for COVID-19 still aren’t widely available (though you can be tested for strep or flu), so there is a lot of uncertainty, which humans are fundamentally ill-suited to deal with. We are also pretty bad at making decisions about our future (see: climate change).

I keep thinking of a line from The Fault in Our Stars by John Green: “I fell in love the way you fall asleep: slowly, and then all at once.” Slowly, and then all at once feels like a good description of what’s been happening. What was normal yesterday is different today; what was inconceivable yesterday is normal today. My household is lucky that no one is very sick (cough/cold, could just be a normal one, but again, no tests, so who knows), we’re not suffering loss of income or housing, we’re not facing food insecurity, we’re just…staying inside. Which is really not so bad: we’re a family of introverts who basically like each other. (And we donated to the local food pantry.)

Honestly, I read a lot of dystopian novels, speculative fiction*, and “climate fiction,” so I’ve been mentally preparing for some kind of emergency scenario in mind for a while, and I’m kind of relieved that – so far – this is a version where we still have electricity and clean running water. (Most of my useful skills depend on those two things.)

*Station Eleven came to mind, of course, as soon as I heard that they had shut down the city of Wuhan. Someone on Twitter recommended the book, and the author herself replied, “Counterpoint: maybe wait a few months?” Much as I loved the book, I have to agree.

So, here’s what we’ve been up to lately…

Dog: Has not peed on the rug recently! (Who’s a Good Dog? Who is?) She is currently shedding out her “winter coat” (it’s not like greyhounds ever have what you’d call a thick coat), and probably needs a bath. I caught her on video barking, and trying to scratch an itch in her ear by rubbing her head against the couch. Grade: B+.

Garden: Started seeds indoors (chives and basil in egg cartons, “botanical bon bons” and “truffala seeds” in pots), and peas outdoors. Raked up some dead leaves and observed bulbs coming up (daffodils, daylilies, irises). The hellebore is blooming for the first time! I forgot to get red potatoes and leave them on the counter to sprout so I could plant them around St. Patrick’s Day, but if I can get some soon I’ll see if it’s not too late to plant. In the neighborhood, we’ve seen snowdrops, crocuses, and the first early daffodils. 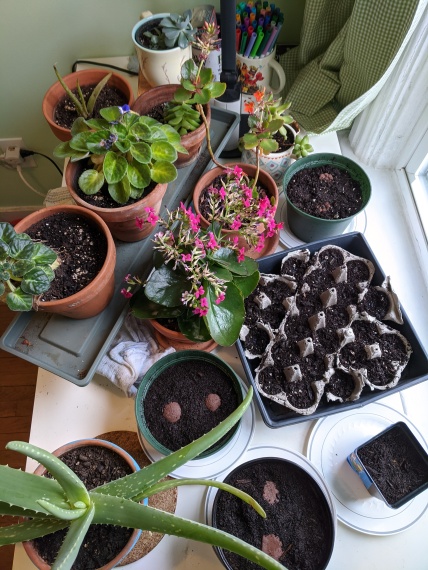 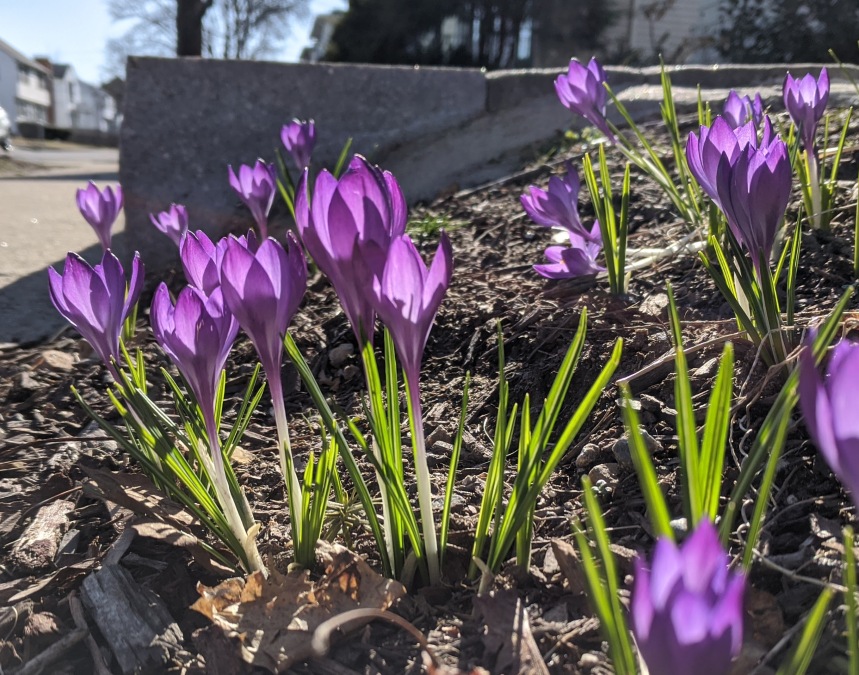 Kitchen: I had never made croissants before. I would read the recipe and think, “When am I ever going to have two whole days at home with nothing to do?” And here we are. Well, thanks to Joanne Chang’s incredibly detailed recipes in Flour and Pastry Love, my 4.5-year-old sous chef and I made some kickass croissants. (Hat tip to Mary Berry and the Great British Baking Show, particularly the season that Nancy won; the bakers weren’t specifically tasked with making croissants, but some of them did, so we got to see what laminating the dough looked like.) 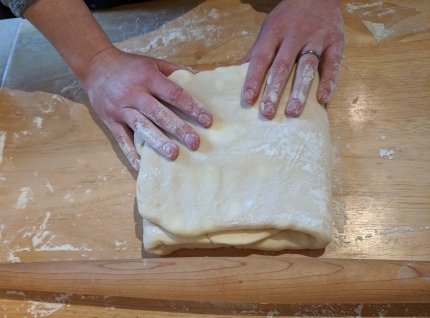 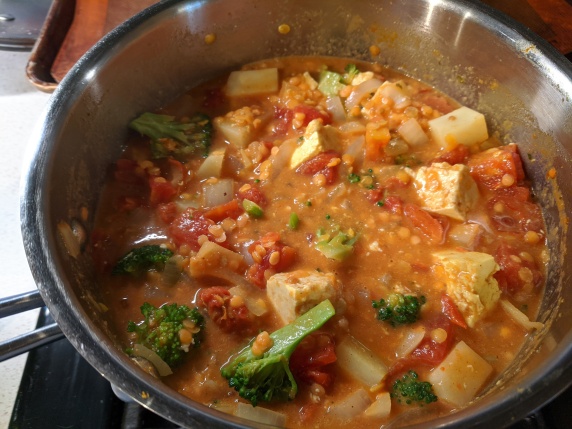 Other: We tried a “Cosmic Kids Yoga Adventure” today on a friend’s recommendation, and it was pretty good! We also wrote and mailed a thank-you note, read books, worked on a 500-piece jigsaw puzzle, and have been learning the words to songs (“Puttin’ on the Ritz,” “Wouldn’t It Be Loverly,”* “What A Wonderful World”). And we’ve been having lots of video calls with friends and family we aren’t seeing in person; I’m feeling grateful for the technology that makes quarantine feel less isolating than it would be otherwise.

*We read the Little People, Big Ideas biography of Audrey Hepburn, then watched some scenes from My Fair Lady. Kiddo hasn’t seen a lot of TV or movies yet, and most of those have been animated, so the whole concept of acting is still a little new. “So Audrey is pretending to be Eliza?” 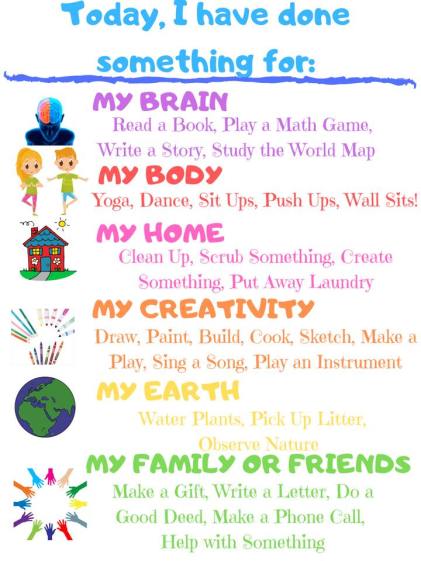 Left: a scavenger hunt from Hike it Baby. Right: a graphic shared on facebook, designed for kids, but good for people of any age.

Sewing: Made a headband to match the kiddo’s dress (used these instructions, kind of). Turns out her head and mine measure the same, and she’s four and a half, so that C-section makes a lot of sense in retrospect. Also, sewed a birthday/housewarming card for a friend by cutting fabric shapes, using a glue stick to fix them to a card, and sewing around the edges with a zig-zag stitch. I still haven’t made this skirt yet, but I’m sure I’ll find time in the next few weeks…

Writing: Huge thanks to beta readers and those who helped with the 250-word synopsis. I submitted a middle grade novel to the SCBWI Work-in-Progress award. Winners won’t be announced in September, so I’ll query before then, and pull it from submission if I get representation. Next project is portal fantasy for an adult audience (YA crossover potential, as long as teens are interested in reading about someone in their late 20s/early 30s).

So that’s about it…we’re doing our part by staying inside. If you need book recommendations though, ask away! Remember, you can use your library card to access e-books and digital audiobooks with the Overdrive, Libby, or hoopla apps. And if you want to support your local businesses, all the independent bookstores I know of (Porter Square Books and Belmont Books, for a start) are offering curbside pickup, delivery, or shipping.

Follow It's Okay, I Have A Book on WordPress.com